Mysterious creature spotted near Garden of the Gods, Illinois.

Herod, Illinois, June 1, 2015 —It’s not a deer. And it’s definitely not human. At seven feet tall, it’s safe to say it’s not like any creature ever spotted before in Shawnee National Forest. But while most mysterious creatures would have campers running for the safety of the nearest cabin, this one has them running for their cameras. And according to local entrepreneur Doug DeVore, that’s the point.
“It was actually my wife’s idea,” says DeVore, who — together with his wife Carrie — owns Shawnee Forest Cabins, a popular place to stay for hunters, hikers and others drawn to the natural beauty of Southern Illinois. “She came across a small Big Foot statue for sale awhile back. The kids loved it, and she said, ‘we need one of these at the cabins.’” And with that, the idea for Sassy was born.

Weighing in at 2,600 pounds, the towering Big Foot statue is the latest in a long line of fun roadside attractions that have dotted America’s highways since the 1950s. From the “Biggest Ball of Twine in Minnesota” popularized by Weird Al Yankovic to the famous Superman statue in nearby Metropolis, Illinois, they’ve long provided a welcome place for traveling families to stretch their legs and grab a quick photo. Which is ironic, because getting Sassy to her new home was quite a road trip in
itself.

“It took four guys and a backhoe to load her,” says DeVore. And from the moment she hit the road, she was a star, attracting countless double takes, thumbs up and photos, much to the delight of his two younger sons and horror of their tween sister. But now everyone has embraced the new addition and popular tourist draw.

Located at the corner of Garden of the Gods and Karbers Ridge roads just outside of Herod, Illinois, Sassy points the way to one of the most popular hikes in the Shawnee National Forest. There’s a small parking lot and information center for travelers. And if you need overnight accommodations, the DeVores will be more than glad to hook you up with one of eight cabins complete with wi-fi, a hot tub and DirectTV, should you have a late night hankering for “Harry and the Hendersons.” With so much to see and do in the area, however, you might want to leave the remote in the drawer.

There’s nearby Camel Rock at Garden of the Gods, which will have a staring role on next year’s Illinois quarter. Visitors can also canoe, kayak or soar through the trees courtesy of the Shawnee Bluffs Zip Line Canopy Tour. Others may wish to visit the award-winning Shawnee Hills Wine Trail. But if you see anything you can’t explain after hitting that particular trail, says DeVore, “That one’s on you.”

Located near the sleepy Illinois town of Herod, Shawnee Forest Cabins features private bedrooms and other amenities for large families and other guests enjoying the scenic beauty and abundant hunting of southern Illinois. Shawnee Forest Cabins offers exceptional access to the Shawnee National Forest, with more than 280,000 acres of trails, streams and wild game hunting, including turkey, deer and fish. To learn more, or to book a cabin, visit ShawneeForestCabins.com. 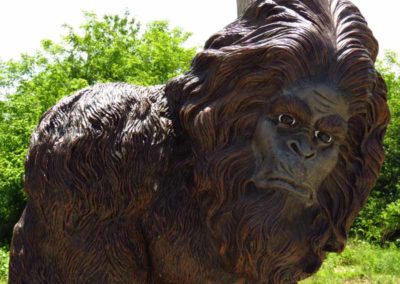 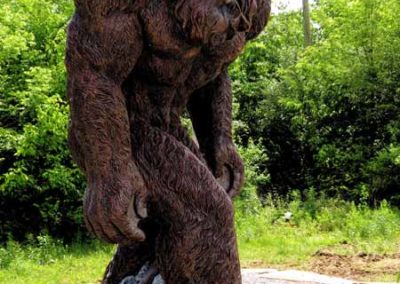 Latest From Our Blog

Have you ever wanted to fly? Now, you can. Fly through the Shawnee Forest Canopy at speeds of up to 40 miles per hour with Shawnee Bluffs Canopy...
Read More...

When riding an eBike in Southern Illinois, you will find yourself deeply immersed in the region’s magnificent scenery. Shawnee Hills eBike Rentals,...
Read More...

There is no better way to introduce your kids to the wonders of nature than to take them on a journey that immerses them into the woods, where the...
Read More...
More Posts

If you want to keep up with everything the Shawnee National Forest has to offer, subscribe to our newsletter today!